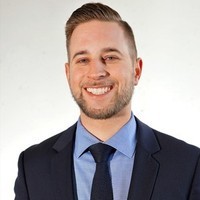 Currently, Grant specializes in working with individuals in the sports & entertainment industry. Understanding the unique earning potential, health risks, spending habits, and lifestyle costs of professional athletes and entertainers has allowed Grant to create a business model that is tailored to the specific needs of these world class performers.  Providing an holistic approach to asset management, Grant acts much like a quaterback to his clients financial game plans.

As the youngest Senior Manager within the firm, Grant was responsible for business development within the downtown Toronto core and Atlantic Canada. While helping to oversee greater than $150 million in client assets, he developed into an emerging market specialist and advised some of Canada’s largest brokers on the investment opportunities that lay within various economies like; Brazil, Russia, India, China, Turkey, Indonesia, and Malaysia.

Upon graduation, Grant was recruited as part of a team tasked with overhauling the Sales Department for the Sarnia Sting of the OHL. Within Grant's first year, group attendance and flex pack sales increased 149 % and 12.5% respectfully, accounting for more than $254,000 in total sales. Paced at over 123% of annual sales quota.

Grant put together the first business staff for the Varsity Men's Hockey Team. Working as the program's inaugural Student General Manager, Grant oversaw most aspects of corporate sponsorship, attendance, and ticket sales all of which increased 180, 500, and 300 percent respectively.

Initially hired as a Junior Salesman, Grant was quickly promoted to become the firm’s youngest producing Sales Manager. In charge of an on the ground (door-to-door) sales team comprised of 10-20 individuals, Grant oversaw business building initiatives and client education. Compensation was 100% commission based which lent itself to naturally producing an environment filled with thick skinned, motivated, results-driven individuals.

Athabasca University (AU) has collaborated with the Business of Hockey Institute (BHI) to develop an elite, graduate level, Executive MBA designed to elevate the business side of the game. The BHI was founded collectively by Brian Burke, President, Hockey Operations - Calgary Flames and Ritch Winter, President, Wintersports Ltd., along with an esteemed Advisory Council.